O’Neill Plumbing was originated in 1917 by James O’Neill. After working out of his home for several years, it became clear that he needed a shop. Times were good, indoor plumbing systems were on the upswing and construction of new homes made it apparent that West Seattle was a good place for a local plumber. The first shop was located adjacent to the now Husky Deli at the junction.

In 1929 Tom O’Neill became interested in the business; however business was not as prosperous. At time you could find both Jim and Tom sitting on the shop steps waiting for the phone to ring. Approximately 1934, Tom took over the business, with the help of his wife Hope. They were a team, and community supporters, until the business was sold to their son Terry in 1961.

A contract with city light created a surge of work for O’Neill around 1938. Promotion of “electric water heaters” created more work than Tom could handle. During this period (1938 – 1940) the staff grew to 6 employees. Removing coils in stoves, installing electric water heaters and re-piping were the services in demand.

The outbreak of the war in 1941 reduced the staff to two persons. It remained that way until Terry became interested in the business in 1953. The 1961 takeover of the business by Terry and Wendy prompted Tom and Hope to retire in 1962. They enjoyed many healthy years together traveling, living on Hood Canal, golfing and maintaining an apartment it West Seattle.

O’Neill Plumbing grew a little larger each year. From small offices and answering services to our present location, staff of 25 hardworking, talented people and fleet of trucks, the strides have been huge.

Tim O’Neill, representing the fourth generation of the family, joined the company in 1984. He started by helping grow the underground utility side of the business, and has his license with the city of Seattle as a registered side sewer contractor. Now the Company owns several dump trucks, excavating equipment and employs upwards of 12 underground utility pipe fitters and operators.

In 2013 Tim and his wife Stephanie purchased the business from Terry and Wendy and are looking forward to their 100th anniversary of serving the local community. Terry and Wendy are currently enjoying traveling, spending winters in Arizona, and they have just celebrated their 56th wedding anniversary.

Times have changed and so has the business. Presently operating three divisions consisting of service, contracting and underground utilities is much more complex than business years ago. Still a local community business concentrating its efforts in West Seattle, it has expanded to include the greater Seattle area and the Eastside. 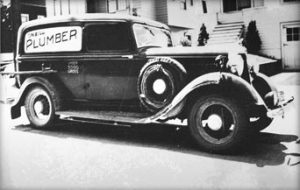 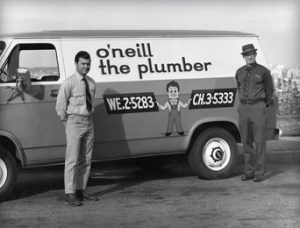 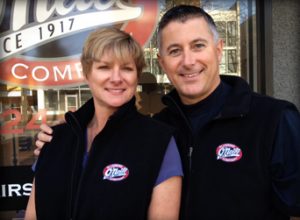